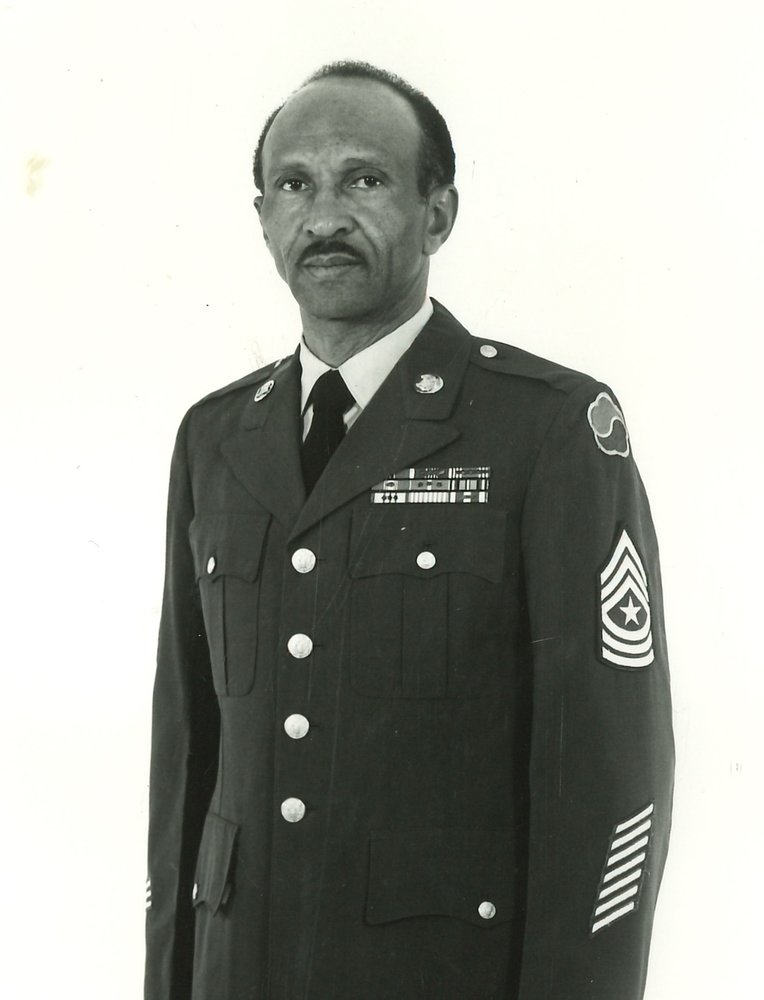 SGM Retired McKinley Curtis, an only child born in Birmingham, Alabama, was raised by his Aunt (Clay) on June 4th, 1927. He received his education in Birmingham later, joining the United States Army in 1945 at a young age of 18 in the Transportation Corps. He then, through promotions, began working in the logistics arena as a Senior Supply Sergeant.

He also worked as a Department of Defense Civilian at Fort Ord California until 1992 until the Post was deactivated and closed down.

SGM Retired McKinley Curtis is a member of the 100 Sergeant’s Major of Color.

The family wishes to extend their sincere thanks for your cards, sympathy calls, and prayers during this time difficult time.

To send flowers to the family or plant a tree in memory of McKinley Curtis, please visit Tribute Store
Print
Share A Memory
Send Flowers