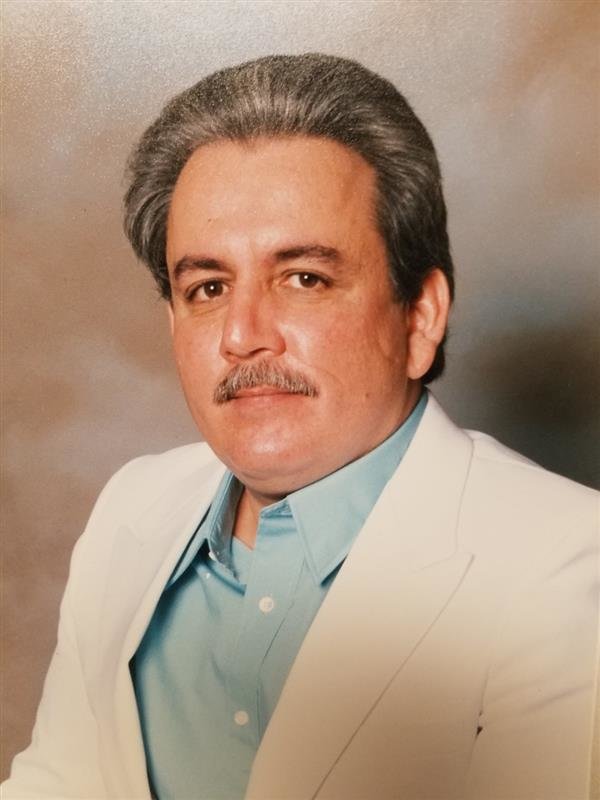 Michael Dominick Von Gnatensky was born in Los Angeles, CA on May 22nd 1949, to William and Justina. A graduate of Gahr High, class of 1967, he sought adventure up and down the West Coast of the United States, working as a deckhand in Bristol Bay fisheries, then building businesses and a family in Alaska through the following decades.

Mafia Mike, whose moniker was first branded at his signature Spenard pizzerias of the same name, would answer inquiries to the title with a tip of his fedora and playful nod of discretion: “there’s no such thing as the Mafia, honey.” Strong humor and intellect animated his every interaction, as did extravagant philanthropy across Anchorage when fortunes ran high in the 1980s. As the landscape shifted from boom to bust, Mike remained steadfast in his fidelity to the communities which had supported him over the years. Tales of the massive 1989 Exxon Valdez oil spill cleanup included workers relying on Mafia Mike to send pizzas, seeing them through the exhaustive hours of beginning restoration to Prince William Sound.

His keen devotion to suffering souls was instrumental in the founding of Narcotics Anonymous meetings in Alaska. Untold hundreds of men and women can trace their first concrete steps of survival to the tireless energy of Mafia Mike. The strippers, the bankers, and the politicians found in his friendship a bright, flourishing hope regardless of their past deeds. He prayed with roughnecks and wayward wives, encouraging the beauty of family life over the allure of the world. His presence ensured that many who might otherwise go hungry and ignored would not only eat, but feel a sense of belonging. Street kids could find errands such as taking out the trash in exchange for dinner each night at his pizza parlors.

A 1987 mayoral bid captured his finesse well, with press coverage at the time describing him as pitching pizzas on television and dressing like a gangster -- prodding the policy wonks of Anchorage to consider the working man (and legalize gambling). The organizers of the Saint Patrick’s Day parade caught flak for selection of Von Gnatensky as their Grand Marshall in 1989, with the Claddagh Society and Scottish Pipers refusing to march because of his ethnicity. He led with a smile, taking the name ‘Mafia O’Mike’ for the day. Ultimately, his style -- the saintly Polish patience and fiery Sicilian heart, was as complicated as it was magnetic. His orations carried the weight of God’s mercy and justice -- his work a true ministry. Over 43 years, his confidence, paternal affection and unconventional spirit redirected castoffs from every echelon back into the stream of life.

The 1990s found Michael between Anchorage and Los Angeles, with various overseas trips for leisure and charity, including campaigns for commercial vanloads of Alaskan salmon delivered throughout the United States and also to Africa, a project overseen from start to finish by Von Gnatensky. He traveled to Slovenia, Slovakia and other locales throughout the 1980's, settling next in Nevada and finally in Washington state. His love for his family was perpetually evident in wonderful meals, provocative philosophical commentary and acceptance of the sorrows and joys of this life to fortify our character.

He had a natural, lifelong devotion to Mother Teresa of Calcutta. As for those born good and strong, he noted in his final days, he was glad for their success. To the people who found themselves haunted by weakness and vice, he was drawn in service and fellowship. The so-called fringes of society were to him a rich tapestry, whose humanity and perseverance nourished him deeply.

The toll of cardiac ailments was ever-present in his adult life, infusing each day with gratitude for the procedures and grace that granted him more time with those he loved.

He is survived by daughters; Kristina and Krystal Von Gnatensky, Shayla DeRiggi, and Ariel and Trinity Von Gnatensky; also his elder brothers George Von Gnatensky and Bill Von Gnatensky. He is preceded in death by his parents William Von Gnatensky, Justina Ferrulli and infant son Elijah Joseph in 2007. Elijah was diagnosed in utero with congenital anacephaly, and courageously nurtured through birth by his mother, Tami. Michael is especially mourned by all those he guided towards sobriety, a legacy with incalculable heirs.

This is not goodbye. As many of you know, Dad was of very sound and strong faith. Michael always said he lived the life of 10 men. He has eternal peace now. Its our time to grow and move forward, live life to the fullest, stay true, centered and walk a spiritual path... As he always said, "Please God do for us what we can not do for ourselves."

We would like to thank all of the MultiCare Hospice, Ellen Webster and Vonnie Hunter for the wonderful care that was provided to Michael during his finally months with us. His wishes were that he be surrounded by friends and family. His wishes were met and he had an immense amount of love as he transitioned from this world into the next one.

We have created a Facebook Page to honor his memory, "Michael Mafia Mike Von Gnatensky Celebration Of Life." Feel free to share stories, pictures, and encounters you might have had. This will bring us much joy as we remember our Father. We are also hosting A Celebration Of Life at the Puyallup Elks Lodge on November 8th, 2020 @1pm. For those that wish to attend, we would love to have you.

"You gave me life
You showed me love
You sang me songs of God above
You taught me what it is to give
But now it's time for you to go
And Lord knows that I'll miss you so
Because you showed me how to live...

Dragonfly, fly away
Go and find a better place
Have faith that we will be okay
Leave this suffering world behind
And find the light on the other side
I'll see you again someday
I'll hold you again someday"

Always and Forever with us.

To send flowers to the family or plant a tree in memory of Michael Von Gnatensky, please visit Tribute Store
Print
Share A Memory
Send Flowers