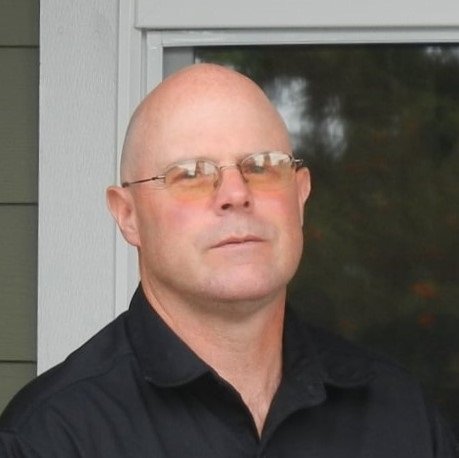 At 56, Michael Lee Biles took a stairway to heaven October 8th, 2020. He was born April 29th, 1964 in Washington County, Blair, Nebraska. At age seven, he was excited when his mom, Anna Marie (Viles) Robertson married Gary Joseph Biles on August 6th, 1971. He was gifted a fond memory of a true dad then and a while after a sister, Amanda Lynn Biles in 1974. His dad was in the Navy; the family resided in San Diego, California for a few years while his parents attended college too.

Later the family lived in Omaha and Millard, Nebraska and frequented the farm of Walthill owned by his grandparents Walter and Frieda (Block) Viles. Mike became a real cornhusker and enjoyed his time growing up with cousins and friends in the area. Many family excursions lead to scenic travels and an eventual move to Tacoma, Washington. More memories were made at Grandma Rose (Rambousek) Biles’s here and through family camping trips.

Mike graduated from Clover Park High School in 1982. He was an excited, left-handed young man and knew what sparked his interests. The next year he joined the Air Force and began his career path calling protecting those who protect us as a Security Police Specialist. Mike was extremely honored to serve his country and fellow Americans for nearly four years. He made many friends and remembrances for others to cherish along this journey while stationed at Fairchild Air Force Base North of Spokane.

His goal as a trained security specialist in military and civilian positions was providing a safe and secure environment for others to enjoy long-term. He also had a commercial driver’s license and drove armored vehicles with confidential liability. He is a guardian, always. In 1990, Carol Evans and Mike married; they divorced a couple years later. They remain great friends. Mike was an avid sportsman, advocate and steward of the land. He enjoyed fishing, hunting and living near a lake. He loved his community of neighbors and friends.

Mike focused on being the best at his trade of boilermaker, steam fitting and pipefitting. With his art of creative design and precision of professional fabrication he was considered an asset as a member in the Local 26 Plumber and Pipefitters Union since 1996. He was coined the safety guy. He has also been a long time member of the National Rifle Association. He defended all of our given rights and his aim was high. His legacy lives on through those he touched, wanting us to be better in every way, every day.

Mike is in the care of Edwards Memorial during cremation and inurnment. He will be honored at Tahoma National Cemetery with a military service at 9:00am on October 23rd, 2020. Current restrictions allow 25 attendees to congregate at the gate opening at 8:45am to line-up for the memorial dedication. There will be seating for 10 immediate family and friends. It will be live streamed for viewing online as well as recorded temporarily. The service is approximately a half hour and outdoors. Please dress appropriately for weather conditions and with masks on. No flowers are to be left on site and we will all need to leave the dedication area immediately after the ceremony, although we may remain on the grounds. For interment the urn will be placed in a niche in the wall as a final resting place.

Directions to Tahoma National Cemetery:
From Highway 18 take the SE 256th Street exit to the West. Turn North on 180th Avenue SE then East on SE 240th Street. The entrance is on the North side of the road. There will be personnel there to greet you. Let them know you are there for Michael Biles and they will let you know the direction to take from there.
Tahoma National Cemetery
18600 Southeast 240th Street
Kent (Covington), Washington

To send flowers to the family or plant a tree in memory of Michael Biles, please visit Tribute Store
Print
Share A Memory
Send Flowers