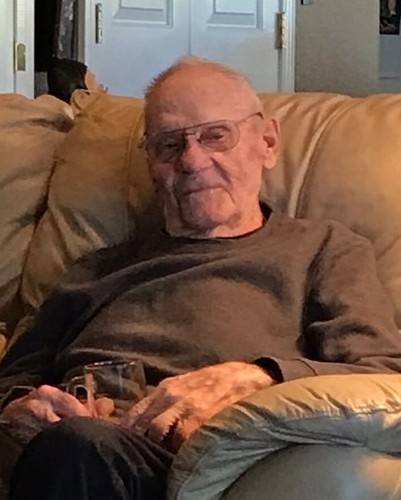 Sam was born in Holmesville Township to Samuel and Julia (Herfindal) Severson. He was the middle child of 5, with all his siblings: John, Delores, Irene, and Dwayne, preceding him in death. He loved to talk of his days with his family on their farm in Minnesota and of harvesting timber from endless forests on their land. The family moved to Fargo, North Dakota when he was 16. Serving in the Korean War was his first experience out of the Midwest and while he didn’t speak of his war years, he never failed to mention how happy he was to return home.

Sam relocated to Spokane, WA to find work in 1962. It was the right move as he found his wife, Beverly Ann (Elixman) Severson (deceased) whom he married in 1968. The confirmed bachelor found joy in his ready-made family and was a devoted stepfather, grandfather, and great grandfather! He is survived by stepdaughters, Val (Kris) and Linda (Bill) and his beloved grandson Lonie (Jennifer) and their three sons: Nathan, Eddie, and Luke. He was a favorite uncle to many nieces in Spokane. He was known as “Junior” to his extended and extensive family in the Midwest and Portland area and is survived by many nieces and nephews and their families. Although Sam left his family home, the family never left him and visited with him often, in person and over the phone. He was so grateful for the love and attention he continued to receive from them until his final days.

Sam relocated from Spokane to Tacoma to spend his final years near his stepdaughter, Val. He was lovingly cared for by the staff of Charlton Place Assisted Living and near the end, by the staff of Franciscan Hospice.

Sam will be reunited with his wife when his cremains are interred at Fairmount Cemetery in Spokane at a simple niche-side private service. He was never one to seek the limelight and his wishes will be respected just as he planned. Remembrances can be made to Franciscan Hospice in Tacoma WA or Union Gospel Mission.

To send flowers to the family or plant a tree in memory of Samuel Severson, please visit Tribute Store
Print
Share A Memory
Send Flowers