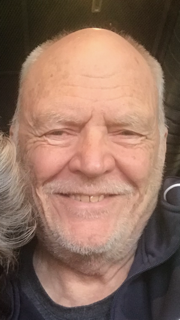 Died on June 30, 2020 from complications during heart surgery.

He was 73, born September 11,1946 in Billings Montana, the second son of Duard and Gertrude Archer.

He spent his youth in Park City, Montana, where he graduated from PCHS.

After graduation, he joined the US Air Force, which became his career.

He met his wife Mila while stationed in the Philippines, and they had two sons Thomas and Emelio, they also added Robert to their lives and moved back to the US where they lived at various bases in the US.

Gary also had special assignments to Thailand and Cambodia during the Vietnam era.

Gary retired from the Air Force at Luke AFB in Arizona with the rank of Senior Master Sergeant.

He then returned to Montana before moving to Washington where he met his wife Rosario.

Gary had a love for the outdoors, and hunting, and fishing, and continued to live an adventurous life after retirement from the Air Force. His fishing excursions took him form Rock Creek in Montana to bass fishing in New Hampshire and salmon fishing on the Columbia River in Oregon to sticking his feet in the Amazon River. He enjoyed hiking in the mountains from Mount Rainer in Washington to the summit of Machu Picchu in Peru. He discovered altitude sickness is real and while tuna fishing that seasickness is real also.

He had a full life, his favorite times were the times he shared with family.

Gary is survived by his wife Rosario, his son Thomas and wife Divine Archer and his son Emelio Archer.

His great grandchildren Beyeza, Valerie, Zamyiah and one on the way.

He is also survived by numerous nieces and nephews who grew to know him and love him dearly.

To send flowers to the family or plant a tree in memory of Gary Archer , please visit Tribute Store
Print
Share A Memory
Send Flowers