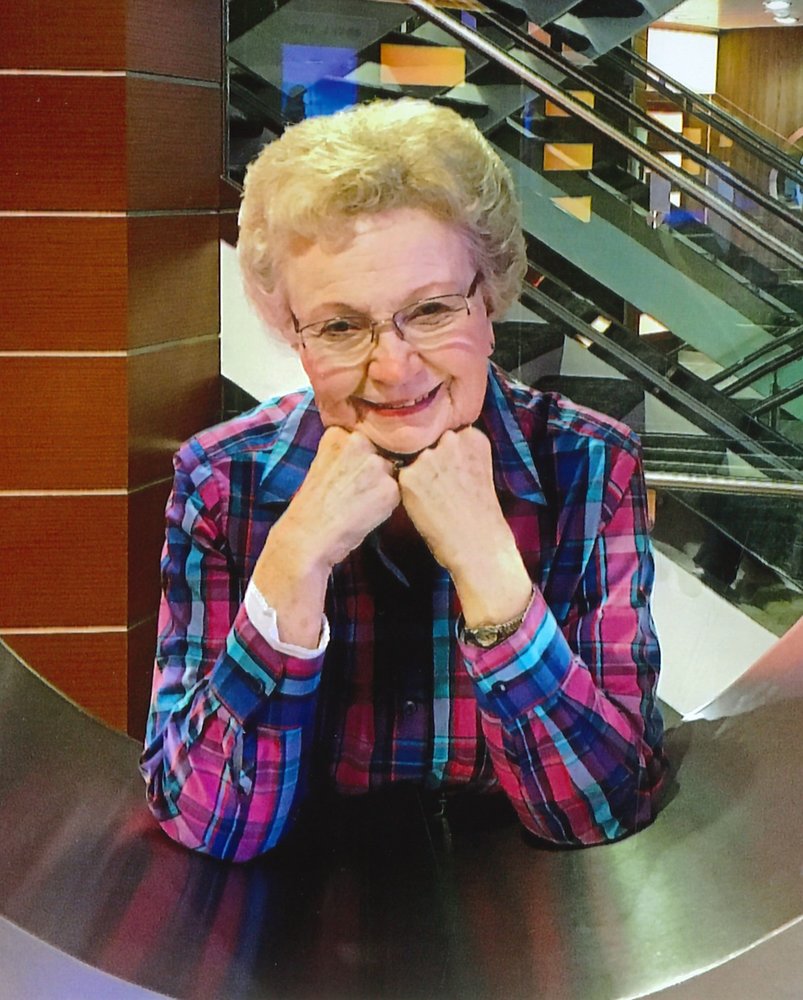 Barbara Ann Davidson passed away on April 29, 2020, in her North Tacoma home, a victim of metastatic breast cancer.  She was born Dec. 7,1936,` to John and Ruth Parish at their family farm near Twin Falls, Idaho. She was the youngest of three children with older brothers John and Robert.  After attending Maroa country school she graduated from Twin Falls High School in the class of 1955.  She studied music at the University of Idaho, University of Oregon and Northwest Christian College where she received a B.A. degree in 1959.

Barbara and Roger Davidson were married Aug. 16,1959. During the next few years they lived in Forest Grove, Oregon; Hunter, Oklahoma; and Oakdale, California while Roger served as pastor to churches in those communities. The family moved to Tacoma in 1971 where Roger served as pastor of the First Christian Church for 24 years.  Barbara was a strong and valued partner in ministry.

A music teacher discovered Barbara's musical talent when she was in the eighth grade.  Barbara thought she had a "wiggle" in her voice, but the teacher explained that she was developing a very pleasant vibrato and persuaded her to sing a solo for the Maroa eighth grade graduation program. Barbara was very nervous in that assignment but found that she actually enjoyed performing.  The teacher, along with others, encouraged her to begin musical training, so  she began both piano and voice lessons, did well in both, but found that she favored voice.  All her life she did solo work and sang in a wide variety ensembles, community choirs and church choirs.  She recently made a list of 27 different choirs that she had sung with.  Through the years of Roger's ministry, she found her ministry in directing church choirs, teaching beginning piano and voice.  One of her favorite talents was directing children choirs.

Barbara was in the chorus for several Tacoma Opera presentations.  Until a few years ago she was a soprano in the choir of the First Christian Church.  For 23 years Barbara was a part of a small choir known as the Disciple Singers, directed and accompanied by Margaret Lobberegt.  The group performed both religious and secular musical programs for community groups, living facilities, care homes and business events.  In addition Barbara and Margaret presented solo concerts for many years.

In the 1970s Barbara attended the University of Puget Sound to complete her credits in education and became, by choice, a substitute teacher in Tacoma and University Place elementary schools.  She was very excellent with children with a special talent as a reading instructor.  She was encouraged to seek a full  time position but the freedom of part time work fit better with other responsibilities in the church and community, responsibilities that she did not want to give up.

As a child Barbara wrote in a school assignment that being, "just a farm girl," she probably would never be able to see some of the exciting places in the world. Little did she know what was in store for her!  In addition to hosting nine group travel events Roger and Barbara traveled extensively to many parts of the world for professional studies and pleasure.  The "Farm Girl" loved every trip and accumulated a list of friends from around the world.

Her love for travel was only surpassed by her love for family.  Her absolute favorite times were when the family traveled together.  Family trips to the Sawtooth Mountains of Idaho and cruises to Alaska were special and worth several repeats!  Her last "big trip" was in the summer of 2019, where the family enjoyed a cruise to Alaska to celebrate their 60th wedding anniversary on August 16.  She was delighted with the cruise but did not know that the cancer that she had beaten in 2003 was silently mounting a renewed attack on her body.

One family member said that Barbara was the happiest person that they had every known.  She loved humor and was known for her infectious laughter.  She loved to send and receive funny cards and saved the best which she would occasionally get out for another round of laughter.  More than anything else, her love and laughter (along with her beautiful red hair) will be missed.

A celebration of life will be planned at a later date.