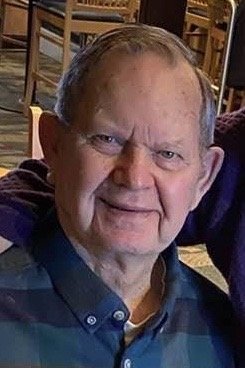 Gerald Clayton Davies passed away peacefully in his home on March 14th, 2020, surrounded by his loving wife Esther and their families.

Gerald was born at home on January 27th, 1932 on Lopez Island Washington, the oldest son of Edward Rowland Davies and Marian Louceil Stephens. He grew up in a family with 7 siblings and that large family was a combination of his, hers, and their children, 6 boys and 2 girls. Gerald attended school on Lopez Island through the 8th grade, then relocated to Sedro-Woolley and worked on a farm for room and board while attending high school, graduating from Sedro-Woolley high school in 1950. He joined the Navy in 1951 and was stationed at Whidbey Island Naval Air Station and Iwakuni Japan. After serving 4 years, Gerald was honorably discharged in December 1954.

Following his naval service, Gerald returned to Lopez Island and helped around the farm and fished commercially for a few years. It was there, on a summer weekend, that he met his first wife, Marilyn Ruth McAllister, a friend of his sister Arlene. The two girls had gone to the Island for a weekend away from nursing school in Bellingham. Gerald always said, “I don’t know what she saw in me. I had just gotten home from a week out on the (fishing) boat, was smelly and had a week-old beard.” Gerald and Marilyn were married on November 1st, 1957. They had 2 children, Kenneth A Davies and Keith M Davies.

Gerald attended Bates Technical School before starting a job with the Port of Tacoma as a Draftsman in 1958. His work initially was design drawing, but eventually photography became his primary responsibility. In a piloted rental plane, he would take photos of sites for future infrastructure sometimes cutting and putting pictures together to create panoramic photos. He retired from the Port in 1984. Following his retirement, Gerald volunteered for a brief period with Gig Harbor fire and medic one as a photographer, taking personnel pictures as well as emergency scene photos.

Through his working years and into retirement, Gerald was an avid boater and a member of the Gig Harbor Yacht Club, serving as Commodore in 1986. Throughout all of Gerald’s life, he was a fisherman, primarily fishing saltwater, though including an occasional lake. He was never without a fishing tale to share.

In April 1993, Gerald lost his wife Marilyn to cancer after being married for 35 years. He married for the second time in February 1994 to Esther Louise Heather, growing his family from 2 children to 5.

A celebration of Gerald’s life will take place in the form of a pie and ice cream social at a later date.

Details will be posted here on his memorial page when they are available.

In lieu of flowers or to make a remembrance, please consider donating to either Mary Bridge Children’s Foundation directed towards childhood diabetes or Seattle Cancer Care Alliance.

To send flowers to the family or plant a tree in memory of Gerald Davies, please visit Tribute Store
Print
Share A Memory
Send Flowers