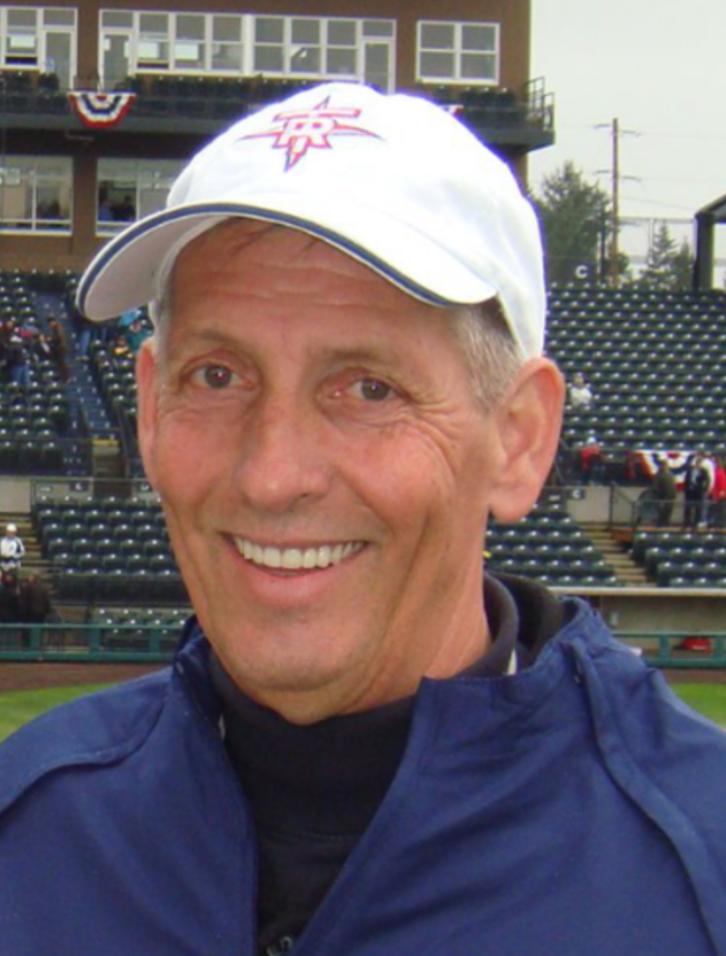 Celebration of life will be held on May 2nd 2020 1pm-2:30pm at the Tacoma Christian Center 3523 McKinley Avenue after event social across the street at VFW 969 at 3510 McKinley Ave starting at 2:30pm. Everyone is cordially invited to join us to honor Larry.

Larry's life is an incredible story that has inspired so many to do better and dream bigger. Larry was born in Seattle, WA although his family moved to Elma, Kapowsin, and on to the Salishan neighborhood in Tacoma, WA. Larry purchased his first home in Tacoma at the age of 16 while attending Lincoln High School. He always joked that school staff requested parental notes until they found out he lived on his own. Larry worked tirelessly as a carpenter throughout high school to make his dreams materialize. After a very rough upbringing he was determined to be self-sufficient and steer his own destiny. He met his wife Lynnette at Lincoln High School and soon bought a second home that he would raise his family in. Larry married Lynnette in 1973 and welcomed two daughters in the following years. Lynnette was his dream girl, his partner in life, and partner in many projects over decades. The two worked tirelessly to make their part of Tacoma better than they found it. A match made in Heaven.

Larry's construction company was a family run business for 40 years. He taught his daughters Tami and Tara the construction trade and they both were seasoned construction professionals by the time they were 20 years old. Many of Larry's lifelong friends were gained as he worked along the Pacific Coast and across the Northwest as he built condos, apartments, and homes. Larry found enormous pride in mentoring youth from East Tacoma for over 40 years. He enjoyed seeing youth find themselves in the construction trade and find a love for volunteering in the community. Everyone who met Larry knows he was a jokester and couldn't pass up a moment to make everyone laugh. He loved to make everyone around him happy.

Larry's construction career soon gave way to a new love. A love for a local park called McKinley Park across the freeway from the Tacoma Dome in Tacoma, WA. He jumped right into an agreement with Metro Parks to eradicate ivy and blackberry from the 27 acre park. He inspired the family to join in the effort wholeheartedly. Within two years there was a trail network that never existed before and the word was getting out about the unheard of park hidden in Tacoma. To clear the pond and waterfall area Larry signed a permit with the City of Tacoma and soon went into talks with Sound Transit to possibly bring a wetland mitigation project into the lowlands that were fully unusable and underwater for 6 months out of the year. It was a huge win for the park and the community to successfully fight for the boardwalk addition instead of a berm of chips to walk on in the lower wetland area. In the first 5 years the park became safer, easier to access, and incredibly useful to the community whereas it was a place to avoid before his hard work transformed it. Larry and his family reached out to TPU and Comcast to attempt to put together a day of service in the park. He was lucky enough to have been selected by both to really boost the efforts in the park. Larry was awarded the City of Destiny Award, the Washington Parks and Recreation volunteer of the year award, the Cox Conserves Award, and the Governors family volunteer of the year award. If you knew Larry, it was common knowledge that he would have rather given the award to another and spent that day working in the park. He was dedicated to the cause and making it to the finish line where the park was without any invasive plants and a beautiful natural park setting. As part of the agreement with Metro Parks he was to keep track of his volunteer hours but he thought that was a waste of time since he was there every day regularly. The park is a standing legacy of his hard work and determination. His presence will forever be felt on the trails in McKinley Park. After Larry's passing there was a large outpouring of community members who want to rename the park after Larry. It would be an incredible honor if Metro Parks would think of doing this for him.

In Larry's final years his family took over the volunteer work events in McKinley Park with a great local veterans groups called The Mission Continues. The group members became as close as family and the group’s name fit the goal perfectly. Larry fought hard against Alzheimer’s Disease with his wife Lynnette by his side every day. A powerhouse team until his very last day and they would have it no other way. Larry's family was shocked in his final week when Larry was able to talk again. The family recorded Larry asking about McKinley Park. He was assured all of the ivy and blackberry was gone and he could rest peacefully. He asked his family to "Go to the park once I am gone" and that is just what they did. On a rainy windy day just after Larry received his wings the family went to McKinley Park for an honorary walkthrough. As soon as they hit the trails the sun broke through the clouds and they knew that was his way of smiling down on them. Memories of all the hard work and great memories were shared and a few photos of the incredible sun were taken. As soon as the group left the trails the clouds covered the sky and it began to rain down again. An incredible visit that won't soon be forgotten. His huge smile could be felt just like he was there alongside everyone in the park. It would be an incredible honor to have the park renamed to honor his devotion to the park and the rebirth of the 27 acre space.

In lieu of flowers, in Larry’s honor pay it forward and do something nice for someone.

To plant a tree in memory of Larry Scheidt , please visit Tribute Store

Share Your Memory of
Larry
Upload Your Memory View All Memories
Be the first to upload a memory!
Share A Memory
Plant a Tree