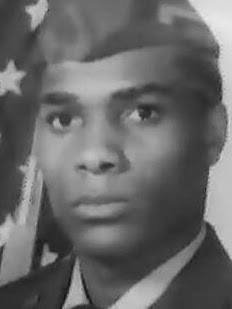 Sgt. Wayne Michael Matthews Sr. Age 57 passed away peacefully and suddenly in his sleep on the morning of Tues. February 11th, 2020. He was born in Kansas City, KS on May 17th, 1962, to Loretta Mae Matthews and Melvin Matthews. Wayne was a Sargent for the United States Army and spent 15 years of his life proudly devoted to his country, in which he served in order to help keep his family and the country that he loved “free”, with the dream for a better life for everyone left behind that he loved. Wayne Sr. met Dinetta Matthews, and she became his better half that he loved and married on Dec. 9th, 1986, and on that day he started a family of his own that he loved, cherished and devoted himself to entirely. Wayne was survived by all of his most precious gems in life which consist of; his wife Dinetta, and their three sons; Wayne Michael Jr, George Michael, and Steven Michael Matthews, along with his three grandchildren who were his heartbeats, Rialen Lewis, Izeiah Michael and Izaac Michael Matthews along with a host of siblings, Sister and Brother in laws, nieces and nephews and all others who loved and cherished him very much. Wayne was a son, brother, husband, father, and grandfather, to where upon most he always said his greatest accomplishment was being able to have the title “grandpa”. Wayne truly lived his life to the fullest, but only through the simple pleasures of life, especially one of which meant spending time with his family and grandchildren. Upon his final moments in life, Wayne enjoyed all types of food, that boosted his soul and gave him comfort, especially meals made by his wife and his daughter in-law, Amber. However, most of all his best comfort was fried chicken, so much that he earned the nickname of “Chicken Wayne” in the military, inspired by the love he had for his favorite meal. Wayne was inspired by Bruce Lee films, as he became to love any and every movie that Bruce Lee was able to create, often spending late nights watching them over and over, listening and learning anything important. In early 2020 Wayne had the pleasure of watching his favorite football team the” Kansas City Chiefs”, win a national American Superbowl title, as he was a very devoted, and dedicated fan until the very end. Wayne was always an honorable man, and believed in doing things the right way, or at least what he felt was the correct thing to do. Throughout his entire life, through the good and the bad, Wayne always was able to maintain strong will, in order to uphold his honor in his word, he always said “a man is only as good as his word” and always aimed to do right for his family, and he always kept his integrity in order to continuously support his family. Wayne always said, “nothing in life is borrowed or free”, and he showed his family that through hard work and dedication, anything is truly achievable.

Family, friends and others who’s lives Wayne has touched are welcome to the EDWARDS MEMORIAL FUNERAL HOME 11020 S Tacoma Way, Lakewood, Washington 98499, on Saturday, February 29th 2020 from 11:30am-1pm. To celebrate the life of a amazing man who will be deeply missed.

To send flowers to the family or plant a tree in memory of Wayne Matthews, please visit Tribute Store
Print
Saturday
29
February