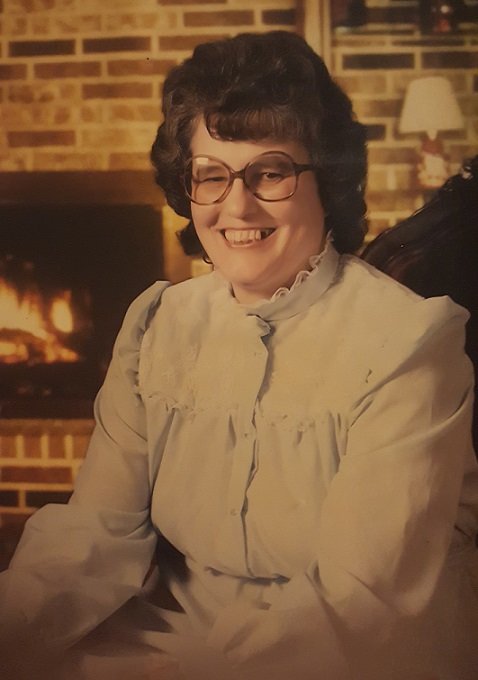 GiGi, Grandma, Granny, Mom, Mary, Mary-Ruth… She went by many names and titles. Which was her favorite, we couldn’t tell you. She held each as a badge of honor. She cherished her family and loved being surround by her loved ones.

Mary Ruth Eakins was born on August 5, 1940, in Iowa City, Iowa to her mother, Ruby Alice White, and her father Arnold George (Bud) Eakins. Mary was the third child out of ten siblings. Though life brought Mary to the west coast, Mary stayed in contact as much as possible with her siblings. Talking on the phone with her oldest sibling, her sister Barbara Ann, and her younger sister, Patricia Jean, brought her great joy. When they were together in person, it was like they were little girls again, teasing, laughing, and reminiscing like their childhood was just yesterday, not several decades ago. They loved telling stories of their siblings that are no longer with us: Lawrence Ellsworth Eakins Sr, Charles Clifford Gates Jr, Nancy Marie Gates, Norman Donald Gates, Mary Alice Gates, Velma Kay Gates, and Ronald Lester Gates. Mary’s childhood was far from the normal childhood many of us have grown up with. But Mary knew her siblings were there to help her through the tough times. When a family reunion was planned in 2005, Mary was so proud of her growing family, she made sure all her children, grandchildren, and even her first great-grandchild attended so she could show off her pride and joy to her siblings… her family.

When Mary was 19, she married the man who helped grow her beautiful family. Douglas Duane Deen Sr on January 26, 1960. Together they welcomed Jerry Edward Deen (Leslie), Darlee Ann (Deen) Fain (Johnnie), Douglas Duane Deen Jr, Pepper Marie Deen, Charles Allen Deen (Randa), Terry Edward Deen (Debra), and Lorie Joann Deen (Leroy). Doug was a Military Police officer for the United States Airforce at that time and after his discharge, they then moved the family west after he was hired on with Boeing. The couple moved their family and started their new adventure in Washington State.

Through the many years they shared joy with the birth of each of their children and life’s sorrows with the death of little Douglas Duane Deen Jr, life with Doug was not meant to last for Mary. They separated and divorced after 11 years of marriage. Mary married again to Gilbert (Buzz) Tate in 1974 they were married for 11 years before they divorced. She would finally find the man she will spend much of her life with, Robert Earl Harris, Sr.

Robert and Mary married on February 19, 1989 and were together until Robert’s passing January 28, 2014. The couple lived most of their married life in Northern California. Robert was a chef for local restaurants. Mary was always known for her wild independence and strong stubborn streak. Many times, Mary would be known to drive by herself from her home in California, to visit her kids through Oregon and Washington, but no one would know where she was or when she would arrive. Her “I will get there when I get there” attitude would have her children in a panic, calling each other, trying to locate her. Her kids were excited when cell phones were finally invented. When Mary decided to go back into the work force, she knew she would need to learn computers so she could keep up with the times. She proved to her family that age was no limit to going back to college. Mary took computer classes and graduated from her certificate program with honors. Pictures of her in her cap and gown, with her giant grin on her face, showed her family how proud of herself she was. When she put her mind to something, nothing would stop her.

Mary loved her children, but she was so excited to be a grandmother and was just tickled to be a great grandmother. Her grandchildren Sondra, Amber, Caleb, Joshua, Brittany, Kristeena (Kristi), Alexandra (Xanni), and Adam brought her much joy. She was there for many births, parties, graduations, surgeries and weddings. She “jumped” and “fell” at the chance to visit when these grandchildren gifted her with great-grandchildren. She loved her children, she adored her grandchildren, but she truly cherished her great-grandchildren. Her great-grandchildren that she constantly talked and bragged about are Elizabeth, Emma, Cash, KayLynn, Savannah, Liam, Havana, Gavin, Toryn, and Beau. She was proud of her family and all their accomplishments. Mary loved spending any chance she could get with them.

As said before, Mary was known for her independence and stubborn streak. It was hard for her to have to depend on others as her health declined through the years. She was diagnosed with Charcot Marie Tooth in her 40s that would later steal her freedom to walk, stand, and sit. She moved in with her daughter, Pepper, prior to her decline. After spending several months in 2017 in the ICU, Mary started having more and more troubles not only with her CMT but with her breathing. Pepper and her sister Darlee, with the help of Courtney (granddaughter-in-law), dedicated their lives in helping Mary in her final years. Mary, and her ever stubborn streak, proved many doctors wrong when they gave her only months or days to live and she outlived it by years.

On Tuesday, February 4th at 3:12 pm, Mary Ruth Harris gave up her battle and joined her loved ones that passed before. Mary had a special relationship with her church family at Riverside Free Will Baptist Church and God. She believed that her pain and suffering would be gone when she joined Him in Heaven.

It hurts to not have Mary with us in the physical, but we do know she will live on in us all. Because of her, this family would not be here. Mary had a wonderful life but if you asked her, her greatest accomplishment were her 7 children, 8 grandchildren, and 10 great-grandchildren. You all held a special place in her heart, as I am sure Mary holds a special place in yours.

Rest in Paradise, Mary. We will miss you! Until we meet again…