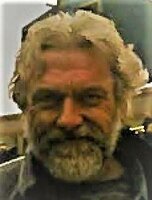 David attended Sheridan Elementary, Mcilvaigh Jr. High, and Lincoln High School.  He graduated in 1969 and went to Western Washington State College where he earned a BA in Sociology and Anthropology (1973) with an emphasis on NW Indian Tribes.  He had great respect for Native American culture and completed considerable post-graduate work in archaeology.  His interest in archaeology and history continued his entire life and fueled his appetite for knowledge and reading--a book was always close at hand. David couldn’t resist a good pun or play on words.  He loved to learn and had many interests including gardening and star gazing.  He volunteered for several years at the Washington State History Museum, where in 1999 he met a fellow volunteer, Michelle, who shared his zeal for history. They fell in love during the Lewis and Clark exhibit.  She knew she could learn a lot from this amazing man, so she married him.

After college he spent some memorable time working as a logger at Camp Grisdale in Grisdale, WA.

David grew up fishing the waters of Puget Sound, a skill learned from his father and passed on to his own son, Michael.  He was a passionate and world class fisherman.  He never needed to exaggerate about “the one that got away,” because not many did.  David generously shared his angling knowledge and skill with anyone interested in learning.  David, Michael, and David’s best friend Forrest Sondrud shared many fishing trips and made a lot of wonderful memories.

David was as enthusiastic about hunting as he was about fishing.  Again, he proudly passed his skill and knowledge to his son on their many memorable trips to Eastern Washington.  He also spent time hunting and fishing in Alaska with Forrest, which gave them both a lot of great stories to tell.

David instilled in his children a love of animals and respect and curiosity for the natural environment. He passed his passion for learning, reading, knowledge, and the love of a good pun on to his daughter Lisa (his baby girl). He taught her so much about photography, music, art, and the world often over late-night talks.

David was a communications technician with Century Link for 30 years and made many dear friends during his career.  He was known as “the go-to guy” because there weren’t many problems he could not troubleshoot and solve.  He retired in 2007.

David’s keen wit, great sense of humor, and gentle kindness will be sorely missed by family and friends.  We know that David is on a long fishing trip, pole in the water, watching the sun rise and set, reunited with, and adored by Klinker, Lingo, Fred, Fred-Fred, Max, Midnight, and Ian.

There will be a celebration for Dave on Friday, August 19, at 3 p.m. in Point Defiance park at the picnic area near Fort Nisqually.  If you’d like to remember Dave through a donation, he would appreciate you sharing with the Tacoma Pierce County Humane Society.