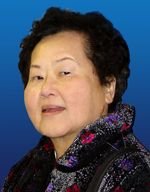 Mei Ling Peng: beloved mother, sister, and friend Please click on the link below to watch video tribute: http://videos.lifetributes.com/?id=7599 Mei Ling was born on August 7, 1936 in Hanoi, Vietnam. She was one of nine children, and grew up with a large and happy extended family. She emigrated to China as a teenager and resettled in Tacoma, Washington in 1984 upon arriving in the United States. She passed away in Tacoma on March 1, 2007. Mei Ling’s main passions in life included her family, her love of learning languages, and her devotion to Soka Gakkai International (SGI) and Nichiren Daishonin’s Buddhism. Mei Ling made many sacrifices for family, and she pushed aside opportunities for herself in order to help others achieve their ambitions. Mei Ling’s husband passed away in 1980, and she left China in 1984 after thirty years of residency to give her daughter, Lisa, a better future unrestricted by status and hierarchy. She demonstrated her love and commitment to Lisa by giving her the opportunity focus on education while she worked two and sometimes three jobs to provide for the family. Mei Ling was a beaming and proud parent in July 2003, when she watched her daughter walk across the stage to accept her law degree from the University of Washington School of Law. Mei Ling’s love of languages began with her father, who loved languages and valued equality between the sexes in education. Under her father’s influence, Mei Ling grew up learning numerous languages including Chinese, Vietnamese, French, and English. She later learned Russian and served as a Chinese-Russian interpreter while living in China. Mei Ling also worked as a Chinese tutor for Pierce College since her retirement from Big Sky Washington. In recent years, she combined her passion for languages and devotion to the SGI by translating written study and guidance materials, and contributed to the first Vietnamese translation of the Gohonzon. Mei Ling lived her life with courage, dignity and kindness. She touched many hearts throughout her life and she will be greatly missed by her family and friends. Viewing to be held 4-8 PM Thursday, March 8, 2007 at Lakeview Congregational Chapel, 4606 108th St. SW, Lakewood, WA. Arrangements by Edwards Memorial Center 253-566-1008