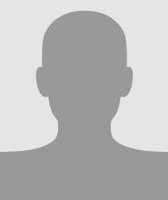 LaShaun Yvette Johnson was born on October 21, 1970 in Galveston, TX to Dora Bolden and Gary Tanner. She was baptized on August 20, 2000. She received her primary education in Galveston, TX. She later met Anthony Johnson and they were united in marriage on March 3, 1989. To thisunion, they had 3 children; Anthony Jr., Dominique and Tyshon. LaShaun moved to Seattle, WA with her husband and family in 1990. She wasgainfully employed with Amicable Health Care where she worked diligently serving others. LaShaun was a dedicated member of the South Sound Church of Christ where she served faithfully for many years as a leader of the Pre-Teens ministry. LaShaun entered into the comfort of our Father's arms on May 15, 2006 at 4:15pm. She leaves to cherish her memory: Husband Anthony Johnson; Sons Anthony Jr., Dominique and Tyshon; Mother Dora Bolden; Father Gary Tanner; Brother Gary Tanner Jr.; Sister Nedra Rodriquez; 4 nieces, 1 nephew and a host of family and friends. God saw the road was getting rough. The hills were hard to climb. She gently closed those loving eyes. And whispered Peace Be Thine. The weary hours, the days of pain, the sleepless nights are past. The sleepless nights are past: The ever patient worn out frame. Has found sweet rest at last. For I am already being poured out as a drink offering, and the time of departure has come. I have fought the good fight. I have finished the race. I have kept the faith. Henceforth there is laid upfor me the crown of righteousness, which the Lord, the righteous judge, will award to me on that day and not only to me but also to all who have loved his appearing. -2 Timothy 4:6-8