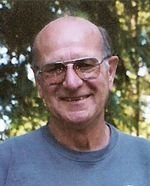 Don passed away on January 17, 2007 from cancer. He was born in his family home in Tacoma on July 8, 1934. He attended Lincoln High School and graduated from Concordia Lutheran in Portland. During the time of the Korean War, he served in the army. While in the military, he participated in 1955 nuclear bomb tests conducted in Nevada. In 1993, after nearly 30 years of service to AT&T, he retired. Donald is survived by his wife of 35 years, Janice; son Paul and wife Marcie of Bellingham and their two children Makenna and Mason; daughter Becky and her partner Peter Nelson of Tacoma; mother Della of Tacoma; sisters Donna Sowers and Beverly Pittman of Allyn; brother Duane and wife Ginger of Tacoma; numerous nephews; his precious dogs Barney and Penny, and cat Suki. His father, Forrest, preceded him in death. During his life, Donald showed passion for his children, grandchildren, pets, the outdoors, barbequing, and all things mechanical. In his youth he loved racing cars and motorcycles. With him around, there was never need for a plumber, electrician, carpenter or mechanic. An artisan and craftsman, he built beautiful garden structures for his wife, transforming their Gig Harbor residence into a park-like setting. Throughout his life, he was a hard and committed worker and a loving father. His family would like to thank the Franciscan Hospice House for their compassionate care toward Donald and his family. Donations can be made in his memory to the Franciscan Hospice House (2901 Bridgeport Way West, University Place, WA 98466) or to the Gig Harbor High School Scholarship Foundation.