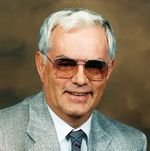 George C. Kagarice died peacefully after a courageous battle with cancer. George was born and raised in Tacoma, WA, graduated from Stadium H.S., and then served in the US Navy. George later went on to have a wonderful career with the Boeing Co. that allowed him and Eloise to travel and live in Tennessee and Louisiana where they made many friends through their love of golf and bowling. George retired in 1995 and settled in Gig Harbor WA. George was a proud past master of the St. Andrews Masonic lodge #35 in Renton, and held the 32nd degree in the Scottish Rite, was a member of the FO Elks #174, Eagles #2809, a member of the Gig Harbor Golf and Country Club and was honored to be on their board of trustees. George is survived by his loving wife of 45 years Eloise; daughter JoAnne (Ken) Love; 2 grand-daughters, Danielle and Devan; son, Jay of Tennessee; brother, John. Preceded in death by two sons, Steven, and Jene, father Theodore, mother Gertrude. The family would like to thank everyone who cared for George and supported us during his final month. We will miss him very much. A Celebration of George’s life will be held Saturday, May 20th at 4:00 PM at the Gig Harbor Country Club 6909 Artondale Dr. NW, Gig Harbor, WA. In lieu of flowers, donations can be made to the Cancer Society of WA or Franciscan Hospice.