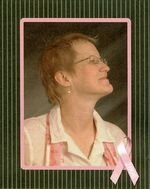 Cheryl was born on April 25, 1961 to Brian and Linda Reynolds and passed away on December 27, 2006 surrounded by her family. Being an Air Force brat led to living in lots of places. When Cheryl was two months old the family moved to Moses Lake, Washington – the first of many moves for Cheryl. Some of the highlights of her travels were living in Kansas in the late 60’s, The Philippines and Okinawa in the early 70’s, Idaho and New Hampshire in the mid 70’s but the family always came back to Tacoma. In 1975 her father retired from the Air Force and the family permanently relocated to Tacoma Cheryl graduated from Lincoln High School in 1979; one of her favorite classes was Spanish. She was an exchange student to Mexico. She was involved with a Mexican Folk Dancing group and this is where she met the love of her life, Rudy Garcia. He thought she was some crazy white chick. Little did he realize, she was the whitest Mexican he would ever meet. Cheryl attended Clover Park VocTech after high school and received Medical Assistant Training. Her first job after school was working for Endocrine Consultants Northwest, a job she loved. Cheryl and Rudy were married April 9, 1983 in Olympia, Washington. She continued to commute to Tacoma while her husband ran his brother’s restaurant in Olympia. Their first child, Angelina, was born in 1984. In 1985, Cheryl and Rudy moved back to Tacoma and opened Casa Garcia Restaurant. It wasn’t long before the restaurant was so busy that she gave up her day job to help Rudy run the business. 1987 brought the birth of her only son, Roberto. The restaurant flourished and life was good. Cheryl and Rudy bought their house that year. 1990 brought the birth of Anna, her youngest child. Her children were the joy of her life. She taught Spanish at her son’s school when he was at Narrowsview Intermediate School. She returned to school in the late 1990’s to get her degree in business administration. She finished her two year degree and went on to UW Tacoma to complete her education. In 1999 Casa Garcia closed and Josefina’s was born. During the summer between her junior and senior years she found a lump in her breast which led to the most courageous battle ever fought. She had metastatic disease in her lungs before she began her first treatments, so treatment was aggressive. She completed her senior year while receiving Chemo and Radiation treatments. Instead of walking for her graduation in 2004, she had surgery for a metastatic brain tumor instead. In the spring of 2004 she found out she was to become a grandmother – talk about ecstatic. She was so thrilled to be having a grandchild. Galilea Luisa was born in November of 2004, followed by little brother Dominic Israel in January 2006. She was so happy to baby sit them while their parents worked. In August, she saved her grandbabies from a devastating fire that destroyed her daughter’s apartment building. She was so glad she was still here to do that, thought that maybe that was why she was still here. For three and a half years she threw every bit of energy she had at beating the nasty beast but the beast would not retreat. You would think that the battle would have worn her down sooner but it gave her more strength instead. She joined on line support groups and became their matriarch as the groups were young women and even though we think of Cheryl as young, when it came to these groups she was the “old lady”, full of wisdom and encouragement to all. She had a spirit about her that carried so many through the difficulties of the battle against breast cancer. On December 27th at 630pm Cheryl died at her home surrounded by those who loved her so much and wished for the battle not be done. She is survived by Rudy, her husband and constant companion of 26 years; her children Angelina (Jorge) Angel, Roberto, and Anna; and her grandchildren Galilea and Dominic. She is also survived by her father Brian Reynolds, sister Kathy DePew, brothers Robert, William and Michael. She was greeted with open arms by our mother, Linda, who preceded her in death. There is a very large extended that will also mourn her loss. A Memorial Mass was held December 30th at Sacred Heart Catholic Church in Tacoma, Washington. In Lieu of flowers, please make a donation in her name to the American Cancer Society or the charity of your choice.